Our faith heritage in the churches of Christ has often shied away from the season of Advent as being “unauthorized in Scripture.” However, the word “advent” simply means “coming.” The OT is full of hope in expectant waiting for the coming Messiah, the only one who could set the world aright.The NT is also full of the same hope as the church expectantly awaits Christ’s return. Advent is a season of expectant waiting for the return of Jesus at the Second Coming. We look forward to Christ’s return through the lens of those who waited for his first coming.

“‘The days are coming,’ declares the Lord, ‘when I will fulfill the good promise I made to the people of Israel and Judah.”

This week we turn our attention to Jeremiah 33 and Mark 8, and the promise of the Messiah. God had promised in the Garden that a descendant of Eve would eventually crush the head of the serpent, and in doing so the human would be struck (Gen. 3:15). God promised to Abraham “through your offspring all nations on earth will be blessed” (Gen. 22:18). God promised through Moses that he would “raise up for you a prophet like me from among you, from your fellow Israelites. You must listen to him.” (Deut. 18:15).

This promise from God had been a long time in coming. Centuries of waiting for the one who would defeat evil, bless all nations, be the voice of God that we listen to, and many other prophecies, came at the perfect time, but for humans, the wait seemed endless.

And when the Messiah came, the majority of the people were not prepared.

As Israel and Judah awaited the fulfillment of God’s promise, we also wait for the fulfillment of the second coming of the Messiah Jesus. Many of us have forgotten that we are called to watch, to listen, and to open our hearts in expectant preparation for his coming (Matt. 25:1-13).

We are called to listen to his Word. We look for signs of his presence in this world…a light in the darkness, a voice in the silence, and a stirring deep within us. We’re good at singing worship songs that reiterate these things, but do we truly expectantly wait and prepare for his return?

And so we wait.

And the question that we all must answer is, “Am I ready for the coming of Christ?” 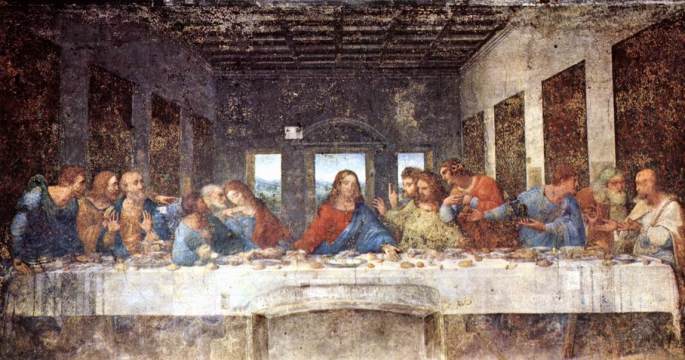 Last week we explored the significance of the blood being applied to the doorposts of the houses of Israel. God had spared the children of Israel because the blood of the Passover lamb had been applied to their homes. In this article we will look at the wine used in the Passover celebration, and the symbolism that Jesus applied in the Lord’s Supper.

A cup of wine is not mentioned in Exodus 12, and nobody really knows when this tradition was added to the celebration, but it was in place by Jesus’ time, and two references are made to drinking from it as part of the ceremony. (Luke 22:17, 20) The participants of the Passover celebration each have a cup of wine, and on four separate occasions would use the wine in their cup. Each time the cup has a specific name and symbolic significance in the ceremony.

The first cup which opens the meal is called Kiddush which means sanctification. A blessing was given thanking God for the “fruit of the vine” before taking this cup. Most likely this is the drink referenced in Luke 22:17-18 –  Then he took a cup, and after giving thanks, he said, “Take this and share it among yourselves. For I tell you, from now on I will not drink of the fruit of the vine until the kingdom of God comes.”

The second cup was known as the cup of plagues which reminded the Jews of the wrath of God poured out on the Egyptians in the form of the ten plagues. This was not a drink from the cup, but rather a dipping of the finger, and a drop of the wine on their plates for each of the ten plagues.

The third cup comes right after supper. This cup is mentioned specifically in Luke 22:20 – In the same way he also took the cup after supper and said, “This cup is the new covenant in my blood, which is poured out for you.” This third Passover cup is known as the Geulah which means redemption, and is sometimes called the cup of blessing. (We’ll explore a New Testament reference to the cup of blessing next time.)

The fourth cup known as the Hallel or the cup of praise accompanied the singing of hymns. These hymns are in your Bible as Psalm 113-118. I don’t have room to include these passages here, but you should read through them to see what Jesus sung just before he was arrested. And though this fourth cup is not mentioned specifically, it would have been taken with the hymns sung by Jesus and his disciples. (Mt. 26:30, Mk. 14:26)

Christians don’t usually pick up on the statement Jesus was making when he used the phrase “new covenant in my blood.” This phrase is only used once in the Old Testament in Jeremiah 31:31-34. “Look, the days are coming”—this is the Lord’s declaration—“when I will make a new covenant with the house of Israel and with the house of Judah…”

Jesus’ statements during the Passover, and his use of the Passover emblems and traditions made it clear that he was the chosen Messiah of God, the true Passover lamb that was sacrificed once and for all to take away the sin of the world. “For I will forgive their iniquity and never again remember their sin.” Jeremiah 31:34b

For further reading on this subject, you can visit Jews for Jesus, or Chabad.

Connections: The Passover and the Lord’s Supper – Part 1