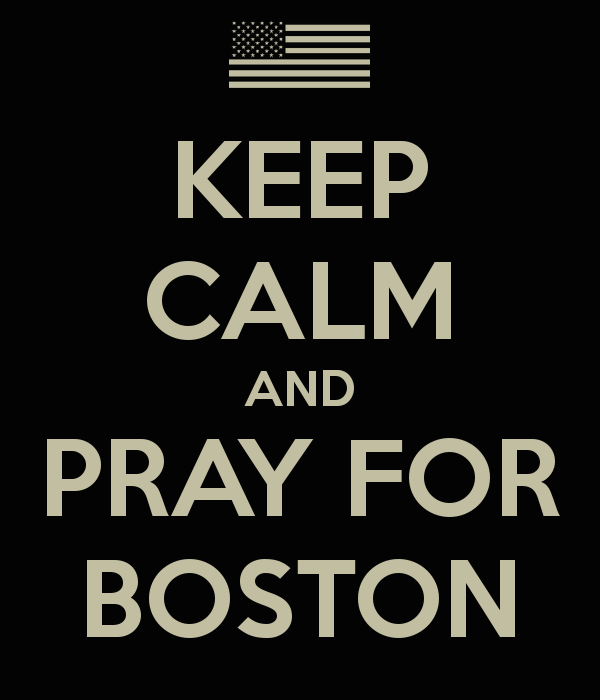 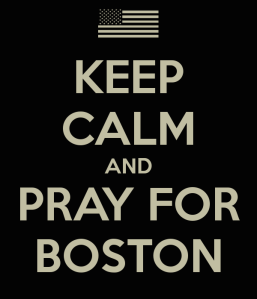 When I heard about the bombings at the Boston Marathon my mind went to one thing…Family. My brother and sister-in-law live in Boston just a few blocks from the attacks.  They routinely take the T to Boylston street, and I knew that the race went right in front of their house.  I couldn’t help but think that they may have been victims of the bombing.  Thankfully, they were at home at the time and no physical harm was done to anyone I personally know in the Boston area.  That was Monday. 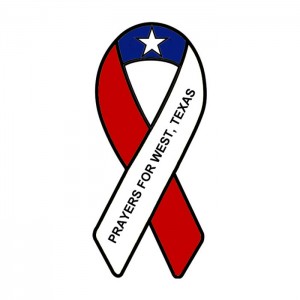 When Wednesday rolled around we were confronted with another tragedy. And while it appears that this time is an accident rather than an attack, many of our enemies around the world still claimed victory by publicly voicing their joy in the fact that so many American lives have been lost.  They cheered when Americans died! The physical and emotional wounds are just as deep in West as they are in Boston.  Lives lost, bodies maimed, buildings destroyed. It’s horrible no matter how you look at it.  I have friends that live in and around the area of West, and even had a friend stop in at a gas station there just a few minutes before the explosion.  But thankfully no physical harm came to anyone I know personally in West.

No physical harm…there’s plenty of emotional and spiritual harm done.  As Americans we’ve all suffered emotional wounds that sent our minds reeling back to 2001. When we see our enemies cheering in the streets at our misfortunes  it makes us mad. And whether we knew anyone who was a victim of these tragic events, we still hurt and feel a little uneasy about leaving our homes.  It’s at times like this that we need to stop and refocus on what’s truly important to us!

25 “Therefore I tell you, do not worry about your life, what you will eat or drink; or about your body, what you will wear. Is not life more than food, and the body more than clothes? 26 Look at the birds of the air; they do not sow or reap or store away in barns, and yet your heavenly Father feeds them. Are you not much more valuable than they? 27 Can any one of you by worrying add a single hour to your life?… 33 But seek first his kingdom and his righteousness, and all these things will be given to you as well. 34 Therefore do not worry about tomorrow, for tomorrow will worry about itself. Each day has enough trouble of its own.

But what about those enemies cheering in the streets? What about revenge?  We want to get back at those who rejoice in our pain!  We want them to feel the pain their victims have felt!

19 Do not take revenge, my dear friends, but leave room for God’s wrath, for it is written: “It is mine to avenge; I will repay,” says the Lord. 20 On the contrary:

“If your enemy is hungry, feed him;
if he is thirsty, give him something to drink.
In doing this, you will heap burning coals on his head.”

21 Do not be overcome by evil, but overcome evil with good.

Do you really want to get back at our enemies?  Do you really want to make evil pay? Then be like those countless heros who helped in the moments after the attack in Boston!  Be like the many who are helping and donating in West! Repay evil for good! Show our enemies that terror and tragedies may slow us down but they won’t break our will to do good in the world! May we never forget the lives lost in Boston, West, NYC, and anywhere else that evil strikes.  Some day all evil will get what’s coming to them.  Let’s be sure we live our lives being thankful, being kind, and always seeking God instead of revenge.

What are you thankful for today?